The book is inspired by the story of Aylan Kurdy, a three-year-old Syrian boy who drowned in the Mediterranean in September 2015 while trying to reach the shores of Europe.The book was read by Azhar Alomar who is from Syria. Khairi Hamdan, who is from Palestine, reads poetry from his book, “I am the Bedouin.” Traditional Syrian music was performed by Amjad Jud, who is from Syria. The Literary Evening was organized as part of the initiative “Make October 3 the European Day of Memory and Welcome”.

October 3rd is a symbolic date reminiscent of the day in which 368 people, including children, women and men, lost their lives off the coast of Lampedusa in 2013.

“Make October 3 the European Day of Memory and Welcome” 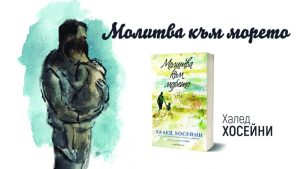